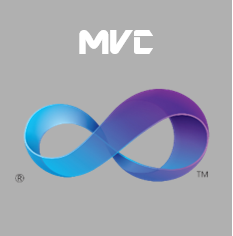 Action method – In ASP.NET Web API, a controller is a class that handles HTTP requests. The public methods of the controller are called action methods or simply actions. When the Web API framework receives a request, it routes the request to an action. View tutorial for keyword

Ajax – is a group of interrelated Web development techniques used on the client-side to create asynchronous Web applications. With Ajax, Web applications can send data to, and retrieve data from, a server asynchronously (in the background) without interfering with the display and behaviour of the existing page. View tutorial for keyword

Array – An array is a composite data type that stores a collection of values. These values can then be referenced by an index number. The index number is the location of the data element in the array. Each stored value so indexed is referred to as an array element. Each element is a discrete data value. An element can contain most anything, including another array. View tutorial for keyword

Bundling – Bundling is a new feature in ASP.NET 4.5 that makes it easy to combine or bundle multiple files into a single file. You can create CSS, JavaScript and other bundles. Fewer files means fewer HTTP requests and that can improve first page load performance. View tutorial for keyword

Class – In object-oriented programming, a class is an extensible program-code-template for creating objects, providing initial values for state (member variables) and implementations of behaviour (member functions, methods). In many languages, the class name is used as the name for the class (the template itself), When an object is created by a constructor of the class, the resulting object is called an instance of the class, and the member variables specific to the object are called instance variables, to contrast with the class variables shared across the class. View tutorial for keyword

CSS – Cascading Style Sheets (CSS) is a style sheet language used for describing the look and formatting of a document written in a markup language. Normally used to style page written in HTML and XHTML, the language can be applied to any kind of XML document. CSS specifies a priority to determine which style rules apply if one or more rules matches against a particular element. In this the cascade, priorities or weights are calculated and assigned to rules, so that the results are predictable. View tutorial for keyword

Dependency Injection – Dependency injection is a software design pattern in which one or more dependencies (or services) are injected, or passed by reference, into a dependent object (or client) and are made part of the client’s state. The pattern separates the creation of a client’s dependencies from its own behaviour, which allows program designs to be loosely coupled and to follow the dependency inversion and single responsibility principles. It directly contrasts the service locator pattern, which allows clients to know about the system they use to find dependencies. View tutorial for keyword

Encapsulate – Encapsulation is the packing of data and functions into a single component. The features of encapsulation are supported using classes. It allows selective hiding of properties and methods in a class by building an impenetrable wall to protect the code from accidental corruption. View tutorial for keyword

Entity Framework – The Entity Framework is a set of technologies in ADO.NET that support the development of data-oriented software applications. Architects and developers of data-oriented applications have typically struggled with the need to achieve two very different objectives. They must model the entities, relationships, and logic of the business problems they are solving, and they must also work with the data engines used to store and retrieve the data. View tutorial for keyword

Entity – An entity is a thing of interest to an organisation about which data is to be held. In a business for example, entities would be items such as a customer, an employee, or item of stock. Each of these entities have what are described as Attributes. View tutorial for keyword

HTML – Hypertext Markup Language is a standard system for tagging text files to achieve font, colour, graphic, and hyperlink effects on World Wide Web (WWW) pages. HTML defines the structure and layout of a Web document by using a mixture of tags and attributes. The correct structure for an HTML document starts with a head section and then below this a body section. View tutorial for keyword

HTTP – Short for Hyper Text Transfer Protocol, HTTP is the underlying protocol used by the World Wide Web. HTTP defines how messages are formatted and transmitted, and what actions Web servers and browsers should take in response to various commands. For example, when you enter a URL in your browser, this actually sends an HTTP command to the Web server directing it to fetch and transmit the requested Web page. View tutorial for keyword

Interface – In object-oriented languages, the term interface is often used to define an abstract type that contains no data or code, but defines behaviours as method signatures. A class having code and data for all the methods corresponding to that interface is said to implement that interface. Furthermore, a class can implement multiple interfaces, and hence can be of different types at the same time. View tutorial for keyword

Invoke – To activate. One usually speaks of invoking a function or routine in a program. In this sense, the term invoke is synonymous with call. View tutorial for keyword

JavaScript – A scripting language developed by Netscape to enable Web authors to design interactive sites. Javascript can interact with HTML source code, allowing websites to spice up their sites with dynamic content. View tutorial for keyword

jQuery – jQuery is a JavaScript library that allows web developers to add extra functionality to their websites. It is open source and provided for free under the MIT license. In recent years, jQuery has become the most popular JavaScript library used in web development. View tutorial for keyword

Local storage – A catch-all term referring to any of several mechanisms for storing data on a client machine (typically within a web browser). Data placed in local storage is isolated for use only by the domain that stored it and persists after the browser is closed. Examples of local storage include cookies, userData, local databases, and the localStorage object. View tutorial for keyword

Minification – Minification performs a variety of different code optimizations to scripts or CSS, such as removing unnecessary white space and comments and shortening variable names to one character. Consider the following JavaScript function. View tutorial for keyword

Model – A model notifies its associated views and controllers when there has been a change in its state. This notification allows the views to produce updated output, and the controllers to change the available set of commands. In some cases an MVC implementation might instead be “passive,” so that other components must poll the model for updates rather than being notified. View tutorial for keyword

Object – an object is a location in memory having a value and possibly referenced by an identifier. An object can be a variable, function, or data structure. In the object-oriented programming paradigm, “object” refers to a particular instance of a class where the object can be a combination of variables, functions, and data structures. An object has state (data) and behaviour (code). Objects correspond to things found in the real world. So for example, a graphics program will have objects such as circle, square, menu. View tutorial for keyword

Pagination – Pagination encompasses rules and algorithms for deciding where page breaks will fall, which depends on semantic or cultural senses of which content belongs on the same page with related content and thus should not fall to another. On the Internet, pagination is used for such things as displaying a limited number of results on search engine results pages, or showing a limited number of posts when viewing a forum thread. View tutorial for keyword

Partial view – Partial views in ASP.NET MVC allow the developer to create reusable content with the very precise and clean Razor syntax (or ASPX). The syntax that renders the partial view is implemented as an Html helper. View tutorial for keyword

Razor – Razor is an ASP.NET programming syntax used to create dynamic web pages with the C# or Visual Basic .NETprogramming languages. Razor was in development in June 2010 and was released for Microsoft Visual Studio 2010 in January 2011. The idea behind Razor is to provide an optimized syntax for HTML generation using a code-focused templating approach, with minimal transition between HTML and code. View tutorial for keyword

REST – Representational state transfer (REST) is an abstraction of the architecture of the World Wide Web. More precisely, REST is an architectural style consisting of a coordinated set of architectural constraints applied to components, connectors, and data elements, within a distributed hypermedia system. REST ignores the details of component implementation and protocol syntax in order to focus on the roles of components, the constraints upon their interaction with other components, and their interpretation of significant data elements. View tutorial for keyword

Schema – a URI scheme is the top level of the uniform resource identifier (URI) naming structure. All URIs and absolute URI references are formed with a scheme name. View tutorial for keyword

Serialized – in the context of data storage, serialization is the process of translating data structures or object state into a format that can be stored (for example, in a file or memory buffer, or transmitted across a network connection link) and reconstructed later in the same or another computer environment. When the resulting series of bits is reread according to the serialization format, it can be used to create a semantically identical clone of the original object. View tutorial for keyword

TDD – Abbreviated as TDD, test-driven development is a concept in computer software programming to ensure code quality. The TDD cycle concept requires software programmers to develop in short iterations then test the code and clean up any new deficiencies in code quality as they arise. As each iteration is added the testing and clean-up is repeated as necessary. View tutorial for keyword

UI – A user interface, also called a “UI” or simply an “interface,” is the means in which a person controls a software application or hardware device. A good user interface provides a “user-friendly” experience, allowing the user to interact with the software or hardware in a natural and intuitive way. View tutorial for keyword

Unit Test – unit testing is a software testing method by which individual units of source code, sets of one or more computer program modules together with associated control data, usage procedures, and operating procedures are tested to determine if they are fit for use. Intuitively, one can view a unit as the smallest testable part of an application. View tutorial for keyword

View – A view requests information from the model that it uses to generate an output representation to the user. View tutorial for keyword

XML – Extensible Markup Language (XML) is a markup language that defines a set of rules for encoding documents in a format that is both human-readable and machine-readable. The design goals of XML emphasize simplicity, generality, and usability over the Internet. It is a textual data format with strong support via Unicode for different human languages. View tutorial for keyword